"From the factories and the slums, the mining complexes and the farms of the galaxy come the Broken, a growing movement of citizenry angered by the lack of opportunity to escape the Maelstrom. They are a diverse mix of workers, aliens, and rogues left on doomed worlds by the ruling parties. These survivors take matters into their own hands after being left behind. They pool their resources and knowledge in a communal effort to escape the Edge. Derelict ships are repaired. Affluent people’s ships are stolen. Government ships are commandeered. Any ship available is pressed into service for the Broken. They are a group unlike any ever seen in the galaxy. Fear, hate, anger, need fused them, these abandoned people, into an unstoppable force with one goal - escape the Edge. The Broken is a term used to unify all such desperate people across the Edge. Their motivation, methods, and sanity vary wildly from fervent revolutionaries to callous pirates to the few who have stared into the maw of the Maelstrom only to come away unhinged." 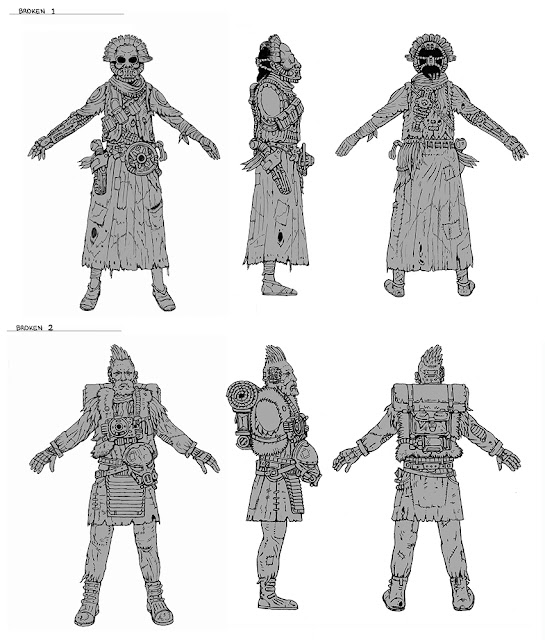 This year I had the opportunity to design troops and weapons for Spiral Arm's excellent tabletop SF skirmish game Maelstrom's Edge.

For those unfamiliar, Maelstrom's Edge has a fantastically rich and vivid setting:

"The Maelstrom, a gigantic apocalyptic explosion of dark energy, is rapidly expanding out from the heart of the galaxy, destroying everything it touches. As worlds and stars are obliterated from existence, those who have the means flee towards deep space, while those left behind fight for the chance to escape."
Many talented authors, designers and artists have been marshalled by Spiral Arm to flesh out and depict this huge backdrop in the form of novels, even a series of exciting audio dramas, as well as the tabletop game itself. I met the team responsible at Salute 2016 and was instantly impressed by their enthusiasm for the Maelstrom's Edge universe  and the quality of the game itself, so I was chuffed to be invited to play a part myself! 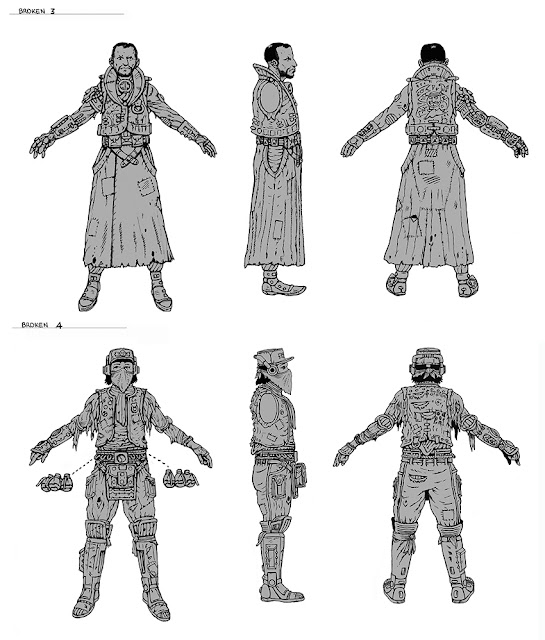 The Broken are a ragtag army dressed, equpped  and armed with the tattered remnants of their former everyday lives plus whatever they can steal, scavenge or requisition. I took my inspiration for the look of the faction from photos of freedom fighters and revolutionaries of history, especially French resistance fighters of WW2 and Anarchist fighters of the Spanish Civil War
Design-wise, the models were to be created with interchangeable heads, torsos and arms so that mixing and matching could allow for many variations in each squad. They also have interchangeable weapons and optional items like bomb belts etc. 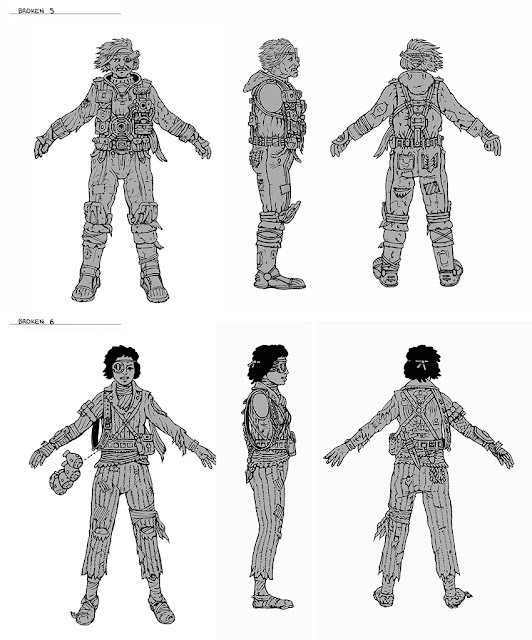 From these drawings the modelmakers from Spiral Arm recreated my designs on the basic sprues with  a fidelity and attention to detail that astonished me. Seeing the finished models assembled, painted up and ready for the gametable made me very proud!! 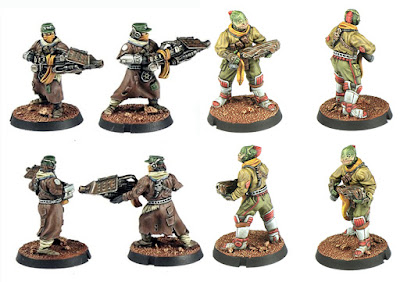 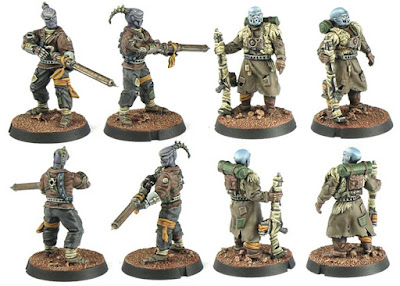 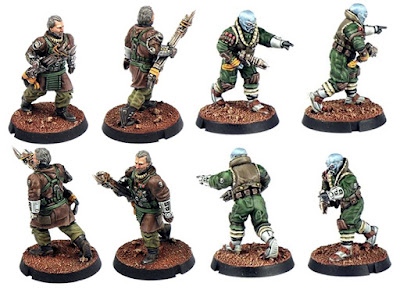 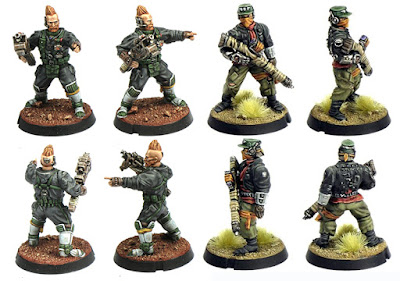 30 YEAR ANNIVERSARY ILLO!! The Patriarch is Back!!

To celebrate the shared 30th anniversary of Warhammer 40, 000 and Tony Hough Illustration I've done a painted version of my most iconic and well-known 40K illo, The Genestealer Patriarch on his throne.
This digital painting was created using Photoshop CS6 mostly using a Microsoft Surface Pro4 tablet, which is a delight to paint on!! 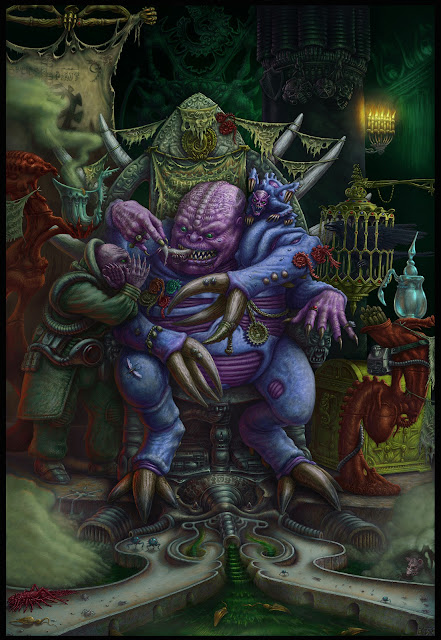 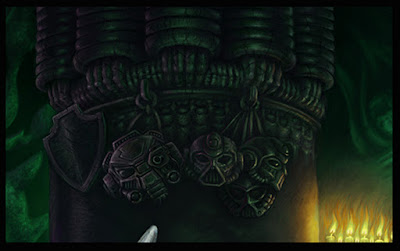 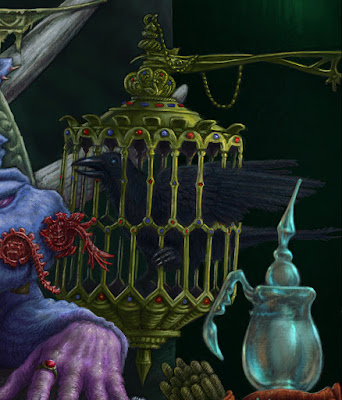 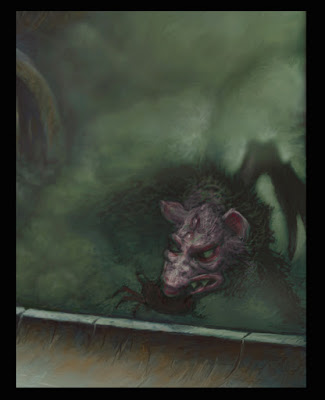 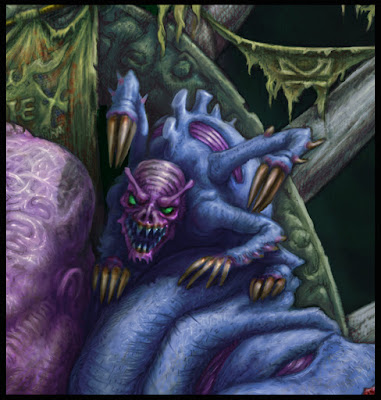 (Sorry to disappoint, but due to IP considerations, no prints will be available.....this is just for nostalgic fun!!)
Posted by Tony Hough at 18:07 No comments:

THE FORGOTTEN SPELL AND GATEKEEPER'S OATH POSTERS AND PRINTS

With the blessing of the author I am now releasing some of the illustrations I did for "The Forgotten Spell"  and "The Gatekeeper's Oath" as posters, prints, and on various goods!! Would make lovely Xmas presents!! 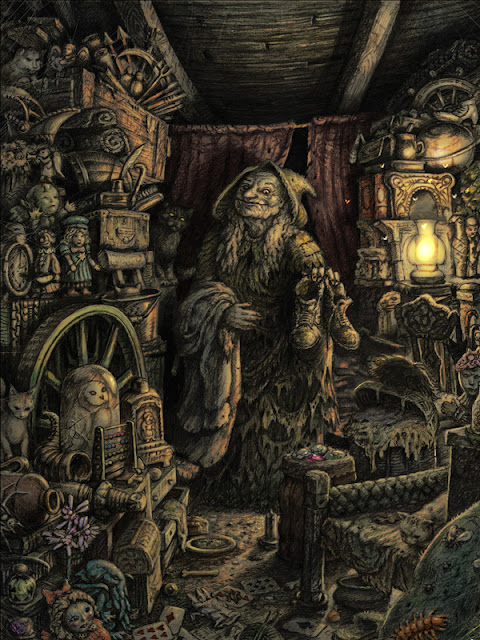 You can find them here!

As usual this year I'm hoping to attend SALUTE 2015 at the ExCel Centre in London's Docklands, one of the biggest UK events for tabletop wargames, boardgames and RPGs. I will be walking around checking out all the new games and minis, fishing for new clients to illustrate for, catching up with friends and colleagues new and old, fellow Oldhammerers and as per usual will have with me a small selection of vintage original 40k and Fighting Fantasy original artwork (which I'm happy to sell to collectors, so stop me and buy one!!)
However due to a delay in a major commission I was expecting earlier this year, the coffers of Tony Hough (creative) are somewhat depleted!! To insure that I can make it over on the day, I need to get a few sales under my belt. The GW illos I have left for sale can be seen below!! Buy one this week and my attendance at SALUTE will be assured....

Incredibly talented indie writer/developer Greek Winter Media have a Kickstarter in progress to fund a print version and E-book version of the marvellous Westward Dystopia interactive gamebook (as previously seen on the Android platform), for which I had the pleasure of doing the cover art.

I wish Greek Winter Media every success with this project and with future releases. There are two more Road Less Travelled Gamebooks in the pipeline with covers by myself so stay tuned for more information!!

Out Now! Westward Dystopia, from Greek Winter Media, which features cover artwork by me is now available as both an App and a book.
Westward Dystopia is a novel-length gamebook written by Jeffrey Dean and set in the wasteland of tomorrow . It is written at an adult or older teen level with post-apocalyptic western, horror, and science fiction themes.
"In this post-apocalyptic RPG adventure, the player fills the shoes of a restless wanderer in search of great mechanical relics from the past. Strange Wasteland dwellers, mutant hordes, mechanical monstrosities, and more await you as factions vie for power and loyalties are torn asunder! Nothing will ever be the same again in the Wasteland!" 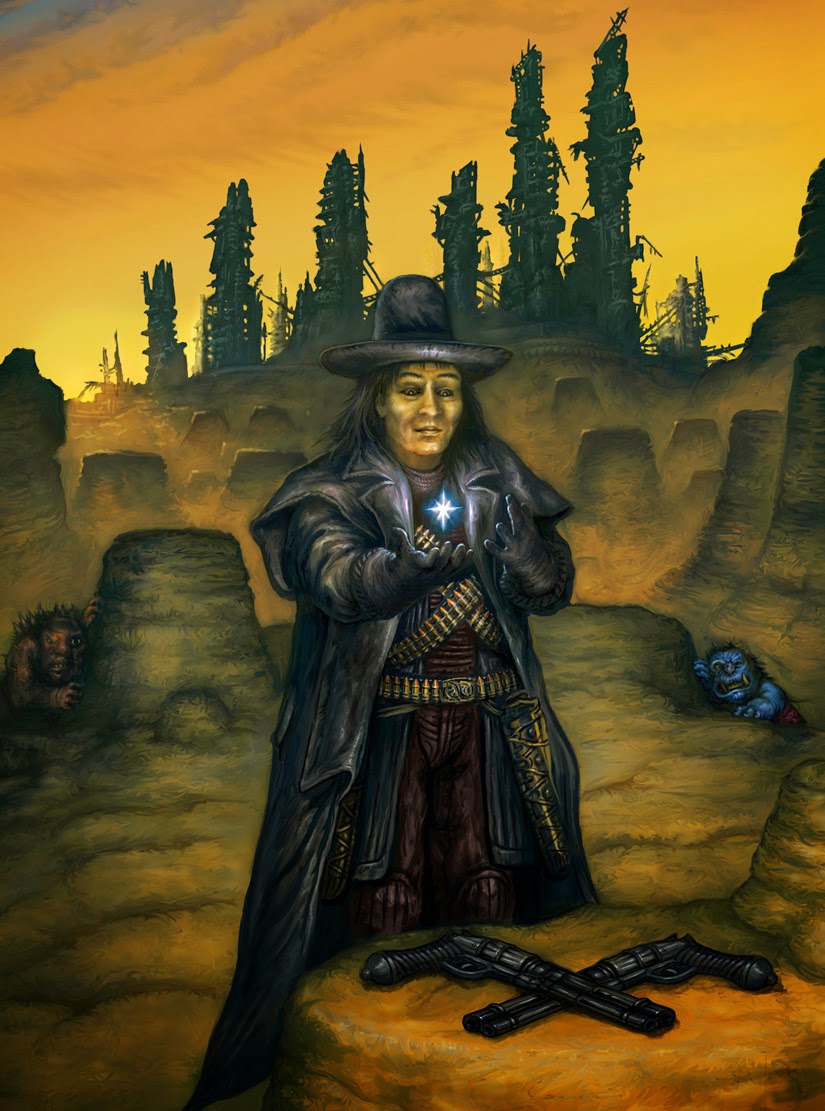 This is the first of a series of "Road Less Travelled" gamebooks. The second, SPIRE ABLAZE is in production right now, also featuring cover art by myself: Here's a sneak peek! 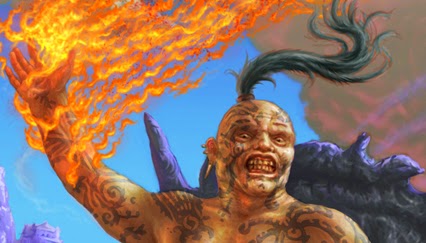 This series is already getting great reviews, a must for Gamebook lovers everywhere!!

The Illustrations for book 2 of the Spellcaster Gamebooks, The Gatekeeper's Oath have been completed. Like The Forgotten Spell this part of the fantasy adventure will be released as both a printed book and as an App for iPad, Android etc from Tin Man Games.
If you liked the first book you can be very excited about TGO, a frenetic search through the weird Elder Fey City of Suidemor to gain access to the castle where your father is being held captive; a journey full of tricks and traps and a bizarre cast of characters to help or to hinder you. Once again I have had great fun bringing Louisa Dent Pearce's creations to life using the same combination of traditional drawing and Photoshop that I used on the last book. The art of the Forgotten Spell has recieved a lot of praise so I hope that the new illustrations will compare well to them!